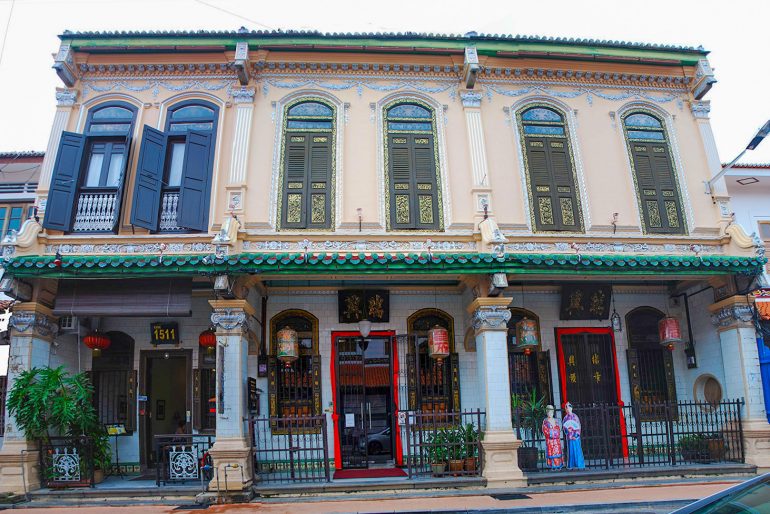 How the Peranakan Melds Chinese and Southeast Asia Culture

Much of the cultural distinctiveness of the former British “Straits Settlements” in Southeast Asia – places that include Melaka and Penang in Malaysia and the modern island-state of Singapore – can be credited to the influence of the Peranakan community throughout its history.

The Peranakan are the descendants of the first large Chinese diaspora in the Malay peninsula. First appearing in Melaka in the 1500s, the Peranakan are descended from Chinese settlers who settled in Malay towns and intermarried with the local womenfolk.

The resulting combination of Chinese and Malay cultures created something precious: a prosperous culture, well-versed in trade and artisanship, that shaped the customs, food, language, and way of life wherever they settled.

History of the Peranakan

For the purposes of this article, we’ll focus on the Peranakan community that gained prominence throughout the Straits Settlements: the Chinese Peranakan.

Chinese traders have been doing business in Southeast Asia since the 5th century, but the 15th century saw a marked increase in trade, thanks to warming diplomatic relations between Imperial China and the Malay and Javanese kingdoms surrounding the South China Sea. Legend tells of a Chinese princess sent as a gift to the Sultan of Melaka in 1459; the princess and her entourage served as the seed for the Chinese Peranakan community in Malaya.

The business-savvy Peranakan came into their own in the 19th century, as European traders sought middlemen throughout Southeast Asia. The British-controlled ports of Penang, Singapore and Melaka attracted Peranakan businessmen, who grew rich off palm sugar and rubber planting, tin mining, banking, and real estate speculation.

Far more than other local communities, the Peranakan were avid Anglophiles. Peranakan men got a classical English education, spoke English on top of Malay and Chinese, and served as authority figures in the community. Peranakan were thus often appointed to high civic office by the British, and advocated for solidarity with the British Empire and loyalty to the monarch in return.

The Peranakan in Penang, for instance, favored remaining a crown colony in union with the British, but Malaysian independence in 1957 put an end to their aspirations.

The Peranakan were not outsiders to the countries they inhabited, they were fully part of it, integrating their ancestors’ Chinese culture seamlessly into the host culture where they lived.

In Malaya, the Peranakan spoke a dialect that blended Hokkien Chinese and Malay; they ate food that resembled Malay dishes (with the exception of their heavy use of pork), and they also wore clothing that borrowed heavily from Malay culture, such as the use of kebaya by female Peranakan.

The Peranakan regarded jewelry as an investment, and the richest ones built up quite a portfolio. “Nyonya” (the familiar term for Peranakan ladies) built up large collections of brooches, rings, and necklaces; they were expected to show these off during festive celebrations, particularly during Lunar New Year.

Nyonya were dressed quite fashionably even when not partying; their traditional outfit consisted of a blouse called the kebaya, which bore the intricate embroidery known as kerawang. The kebaya lacks buttons, and so must be pinned closed with a trio of brooches known as kerongsang.

The cuisine pioneered by the Peranakan represent their most lasting legacy in the communities they once inhabited. Much of Southeast Asia’s traditional Chinese New Year food was created by Peranakan nyonyas, along with all-year-round delicacies like assam laksa, mee siam, and kaya.

Peranakan food combines Chinese and Malay cooking techniques and ingredients, with a few key differences, the biggest being the use of pork (the Muslim Malays shun it on principle).

The Straits Settlements remain popular food destinations, no little thanks to the continuing presence of Peranakan food hotspots like those in Melaka, most of these top Penang food finds, and almost any hawker center or kopitiam in Singapore.

Many of the biggest Peranakan houses dating back to the 19th century survive to this day, mostly repurposed as museums or hotels. The Cheong Fatt Tze Mansion in Penang is both: a museum chronicling Peranakan life and a bed and breakfast in the middle of George Town. Its contemporary, the Peranakan Mansion on Lebuh Gereja, was not built by a Peranakan, but now exhibits a wealth of Peranakan artifacts.

In Singapore, the Peranakan Museum (peranakanmuseum.org.sg) is one of several museums in Singapore, but is the only one dedicated to the Peranakan culture. The Peranakan lived mainly in the districts of Katong and Joo Chiat; many of their old houses were converted into restaurants and hotels.

Some Peranakan houses also allow visitors to stay overnight. In Penang, the Cheong Fatt Tze Mansion accepts homestay guests. And in Melaka, the Majestic Hotel offers a five-star throwback experience you won’t forget. Read our review of the Majestic Hotel for more details.