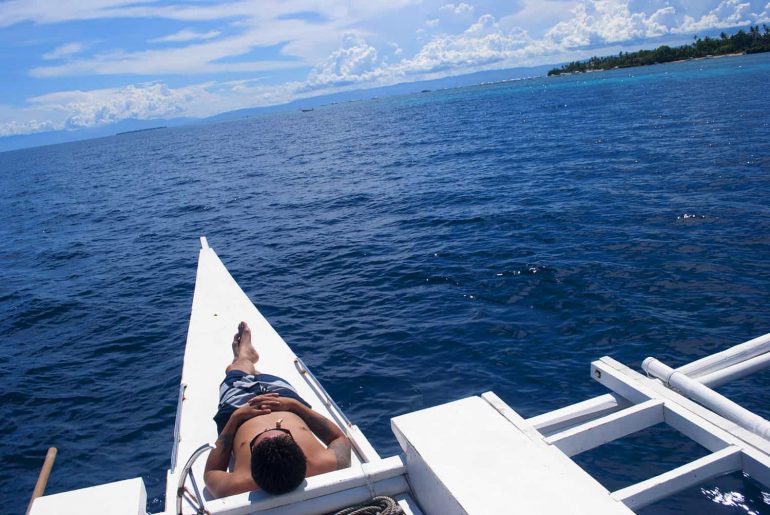 4 years ago no comments

I started writing for About.com (now Tripsavvy.com) around 2007, assigned to cover Southeast Asia travel as my specific beat. In my mind, learning more about my homeland the Philippines was just a glorious bonus.

Ten years on, the Philippines has not yet lost its ability to surprise me. The ten items I’ve listed here link to articles I’ve written elsewhere on different (and to my mind interesting) aspects of Philippines travel – feel free to click through, to learn what I’ve learned.

1. A comprehensive trip around the Philippines takes two weeks, at least.

Many first-time travelers think of the Philippines as a series of scary headlines: the capital Manila’s horrendous traffic, the terrorist activities in the Philippines’ southern island Mindanao.

But a well-planned itinerary that steers clear of the Philippines’ less savory places reveals a multi-faceted archipelago – a volcanic cone even more perfect than Japan’s Mount Fuji; a colonial heritage that combines influences from Spain and the rest of Asia; and island-hopping opportunities that sail through gorgeous blue seas and karst islands reaching out from its depths.

Our list of the Philippines’ top places (published in Tripsavvy) will show you the possibilities of a two-week jaunt in these islands. Bring plenty of sunscreen.

2. You have far more airport options than you’d think.

Does “the world’s worst airport” scare you off from even considering flying into the Philippines? You’ll be happy to know that other international gateways have opened up outside of Manila.

I’ve written on Tripsavvy about how to fly into the Philippines while avoiding the capital: the TL;DR of it boils down to using alternatives like Clark Airport, the former U.S. Air Force Base that now serves as a secondary airport to Manila; and the Cebu International Airport gateway.

If you can’t work your itinerary around Manila’s airport, I’ve also written a list of survival tips for passengers flying into the congested international gateway. Several new “P2P” (point-to-point) bus services have made Ninoy Aquino International Airport (NAIA) less of a nightmare than it used to be.

3. If you think Philippines food sucks, you haven’t eaten at the right places.

Considering I’ve met some pretty impressive boosters for Filipino food, it’s a mystery to me why our cuisine isn’t better-known to tourists. I tell visitors asking about local food to look up Brian Ocampo, who curates a wide-ranging tour of Pampanga province north of Manila where Filipino food was born: a curious synthesis of Western and Eastern influences.

“I think that’s how our culture works – we’re not really big originators, our idea of originality is borne from the ability to adapt foreign influences and come up with some thing new, which is so true with Kapampangan cooking,” Brian explained.

Manila remains the epicenter of Filipino food travel, but the latter’s range extends far beyond the capital’s borders, to judge by the 15-hour food safari I experienced courtesy of Makansutra and their local partners.

Little known fact: you can pair wine with Filipino food. You can’t go wrong with a food-friendly Riesling, which Filipino wine expert Chie Gatchalian says “is pretty versatile, and will also go well with a wide range of Filipino dishes, including moderately spicy ones.”

4. Boracay’s closure is no loss – not when Palawan is an option.

The “world’s best island” (thanks Travel+Leisure Magazine) should be your first choice for beaches and sea, Boracay be damned. Even if you don’t leave the capital Puerto Princesa, you’ll get generous portions of beaches, culture and cuisine (the latter includes a surprisingly awesome craft beer, courtesy of the ladies of Palaweno Brewery). Stay at the industrial-meets-artistic Canvas Boutique Hotel when you visit – as you can read in our review, Canvas leverages elements of Palawan’s best to create a wholly unique stay experience.

But it would be a shame if you missed out on the rest of the island, where jungles, karst islands and the occasional Spanish-era fort lie on the sidelines of a long drive to the north.

5. the Philippines is a great place to get drunk with friends…

…or to make new friends over drinks. Catholicism arguably kept Filipinos attached to strong drink – so attached, it’s said, that Prohibition (which arrived during American rule over these islands) was simply not enforced by the colonial authorities.

Sari-sari stores (village variety stores) often have groups of men drinking up front, even in far-flung barrios – travelers are often invited to join in the fun, drinking cheap gin “tagay” (round robin) style into the wee hours.

While Prohibition never really caught on, upscale Manila residents appeal to its mystique with a proliferation of speakeasies lurking in the capital’s financial districts. (Read my 2016 list of top speakeasies for suggestions.)

6. Manila has a few surprises up its sleeve.

“Old” Manila – the part of the city clustered around the stone bastion of Fort Santiago – has lost a bit of its shine to newer districts like Makati and Bonifacio Global City – the former for its bustling backpacker district of Poblacion, the latter for its futuristic skyline and upscale hotel and restaurant scene. (Read our review of a 5-star hotel in Bonifacio Global City for a brief preview.)

Under Metro Manila’s sprawl, you’ll find a multitude of places to see and things to do. In this think-piece I wrote about Metro Manila development, I got notable local architect Paulo Alcazaren to give us his opinion on what the future of Manila holds.

“It’s the emergence of what’s called a multi-centered city,” Alcazaren told us. “That’s a direction a lot of megalopolises are going through in Asia, where urban areas are expanding much faster than in the West.”

7. Drive out of Manila to see the Philippines at its most awesome.

Forget taking the airplane – you can just hitch a ride on a bus to connect to some of the Philippines’ most impressive travel sites. This list of weekend getaways from Manila takes you to a diverse assortment of road-trip destinations – from a secluded beach to a well-preserved colonial town.

The UNESCO-recognized Banaue Rice Terraces goes even further north: a centuries-old complex of rice terraces in the mountains that allowed Ifugao culture to thrive, far removed from the Spanish influence that overwhelmed the lowlands. (It’s too far for a day-trip from Manila – I recommend three worthy lodgings to stay at if you’re visiting from the capital.)

8. Don’t miss out on Mindanao.

Western governments tell its citizens to steer clear of Mindanao, but sadly they paint with an overbroad brush: the eastern part of the island is completely under control, and blissfully free of package tourists.

The main air gateway to Mindanao – the city of Davao (full disclosure: this writer’s hometown) – is also the main launchpad to adventure in the rest of the island. I particularly recommend heading northeast through Tagum to Mati, a seaside town facing the Pacific Ocean. I wrote about going up to Cateel in Davao Oriental, a trip with a deeply personal aspect.

Even further north – easily accessible by plane from Manila – the island of Siargao has been colonized by surfers and laid-back island lifers, attracted by the strong surfing waves and the burgeoning restaurant-and-bar scene. (Read my guest post on another blog about Siargao.)

9. See a different side to local culture in the Philippines’ oldest city.

The city of Cebu is a worthy alternative to Manila – host to the country’s other major international airport; founded by the Spanish a few years before they took over Manila; and chock-full of churches, food stalls, museums and beaches that outshine the capital in every respect.

Time your visit to Sinulog in February, the Philippines’ biggest fiesta, centered around an image of the Christ Child (Santo Nino) who serves as Cebu City’s official patron.

From Cebu, drive south to Oslob where you can swim with whale sharks and explore a more rustic side of the Philippines: beach dining, waterfall baths and an ancient church included.

10. Buy something to take home.

Your Philippines experience doesn’t have to end when you fly back. The Filipino tradition of bringing home gifts from your travels (“pasalubong”) allows you to share your trip with your loved ones back home.

Luckily, you can find “pasalubong” stores in most heavily-trafficked tourist stops around the island, catering to almost every taste. Traditional fabrics? Musical instruments? Tasty snacks? Buy one or more of these, and learn the story behind them, for a doubly rewarding “pasalubong” giving experience at the end of your trip.